What is Vision Zero?

The Massachusetts Vision Zero Coalition was formed in fall 2015 to advocate for the implementation of Vision Zero in Boston, and for the reduction of traffic injuries and deaths across Massachusetts. The coalition includes community-based organizations, nonprofits, businesses, civic groups and individuals representing communities across the state.

Here's a snapshot of what's been accomplished so far: 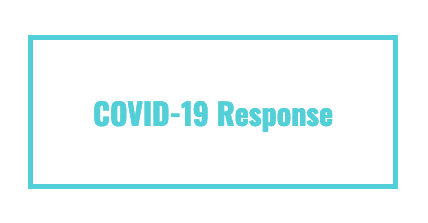 April/June 2020
The Vision Zero Coalition released a statement and guidelines for municipalities about keeping people safe during COVID-19.

November 2019
The week after World Day of Remembrance, the House and the Senate voted to approve a Hands-Free bill, and Coalition members attended the ceremony at the State House when Governor Baker signed the bill into law. 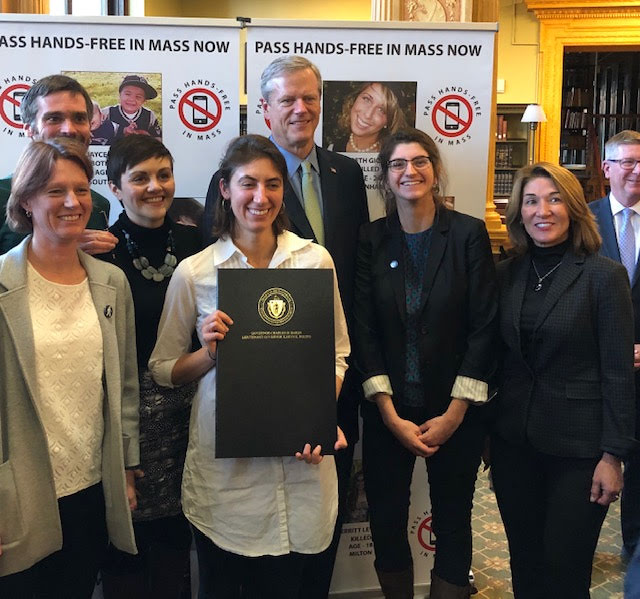 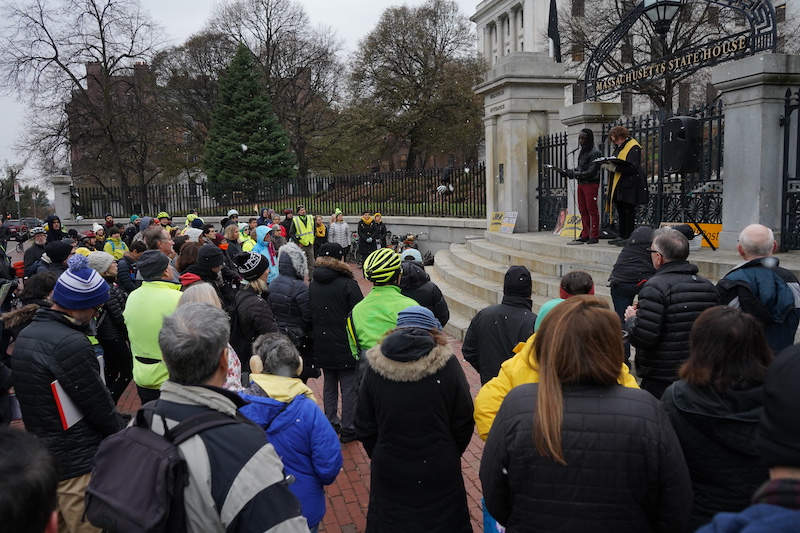 November 2019
The Coalition organizes the World Day of Remembrance, when over 100 people turned out at the Massachusetts State House vigil to remember loved ones and to recognize the hundreds of people killed in traffic crashes across the state each year. 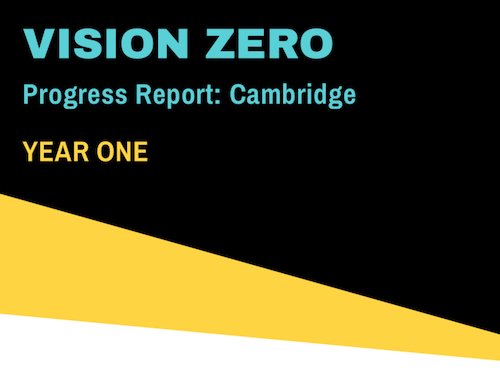 August 2019
The Coalition and the City of Cambridge jointly release a report on progress made on the City's Vision Zero Action Plan and next steps. 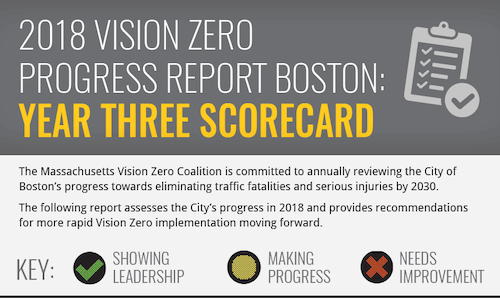 April 2019
The Vision Zero Coalition releases its 2018 Progress Report for the City of Boston. 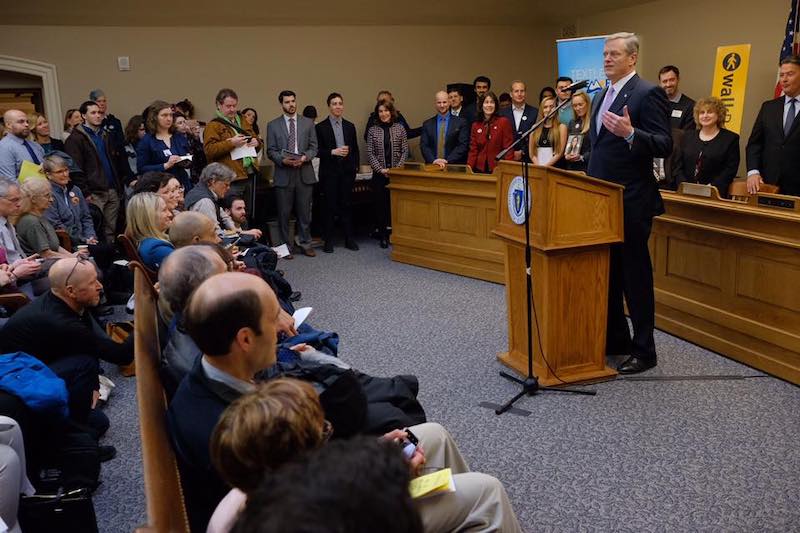 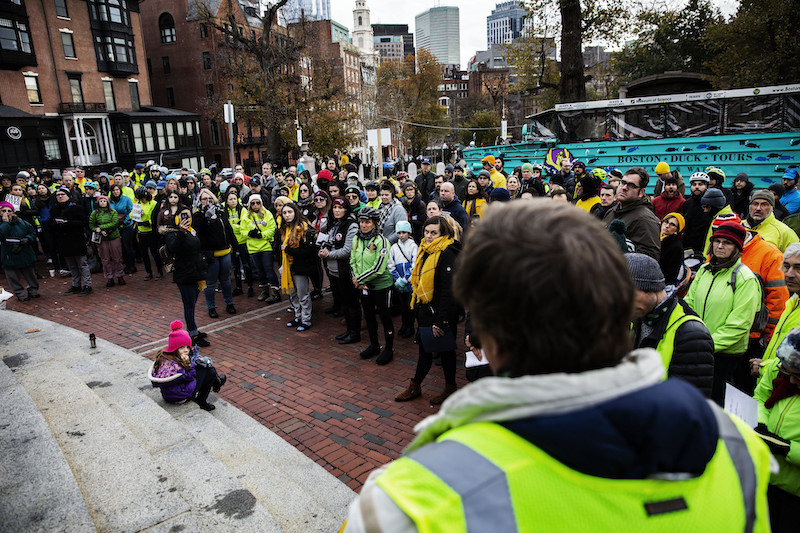 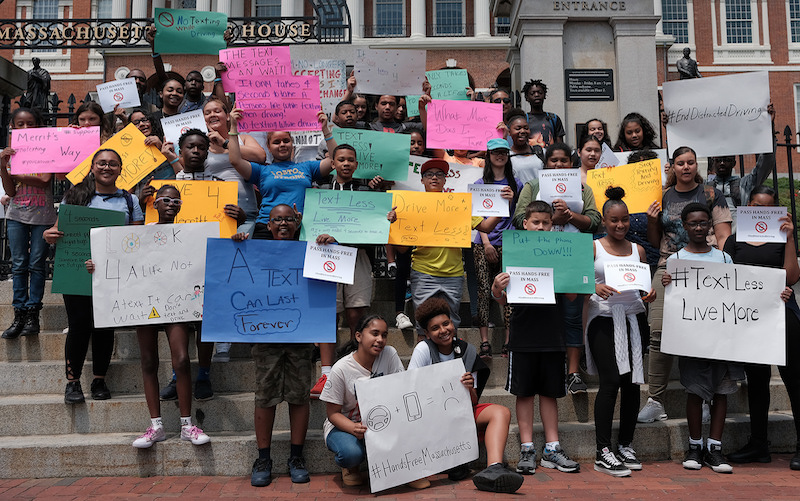 July 2018
The Coalition organizes a rally at the State House to support the hands-free bill.

April 2018
Thanks in part to pressure from the Coalition, the City of Boston announces a $5 million increase for staffing and capital funding for Vision Zero.

January 2018
Coalition members co-hosted a legislative info session and day of action on distracted driving at the MA State House to educate and advocate for a hands-free bill.

December 2017
In collaboration with the Vision Zero Network, the Coalition releases "Vision Zero Action Plan Guidelines", a resource to help Vision Zero communities build an implementation plan that is concrete and action driven, while being responsive to the context and needs of the community served. 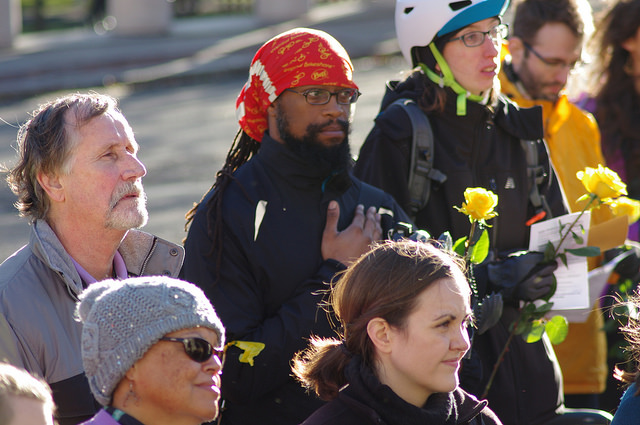 November 2017
For the third year, the Coalition organizes the World Day of Remembrance bike ride and vigil. Families and friends of road traffic victims, advocates, and city leaders gather together at the State House.

September 2017
The City of Somerville joins Boston and Cambridge in making a commitment to Vision Zero. 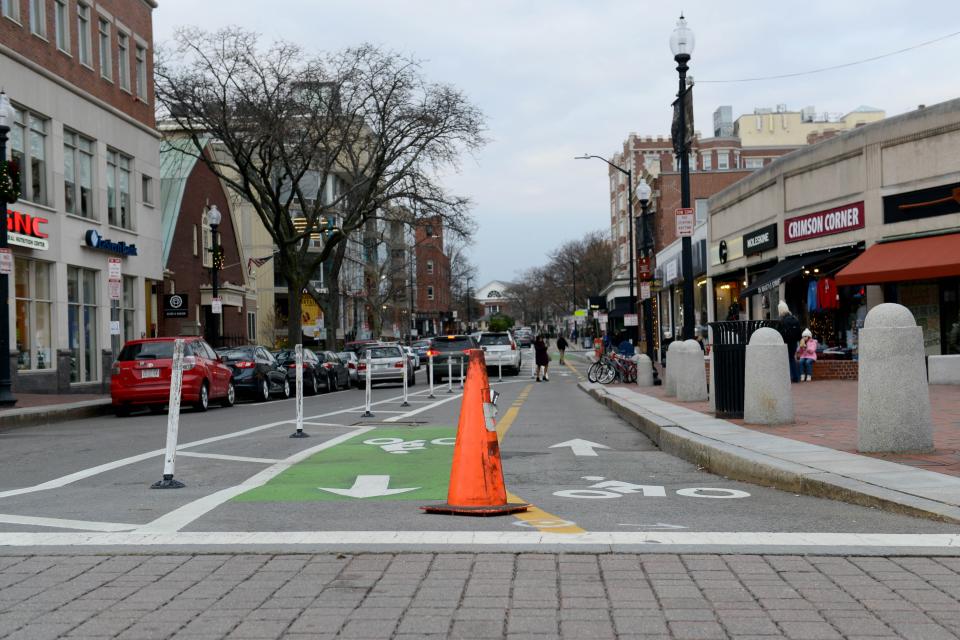 June 2017
The Massachusetts Senate passes a bill banning the use of handheld mobile phones while driving (H.3660). The bill prohibits a driver from holding a phone while talking, inputting an address into a GPS, or composing or reading an electronic message. 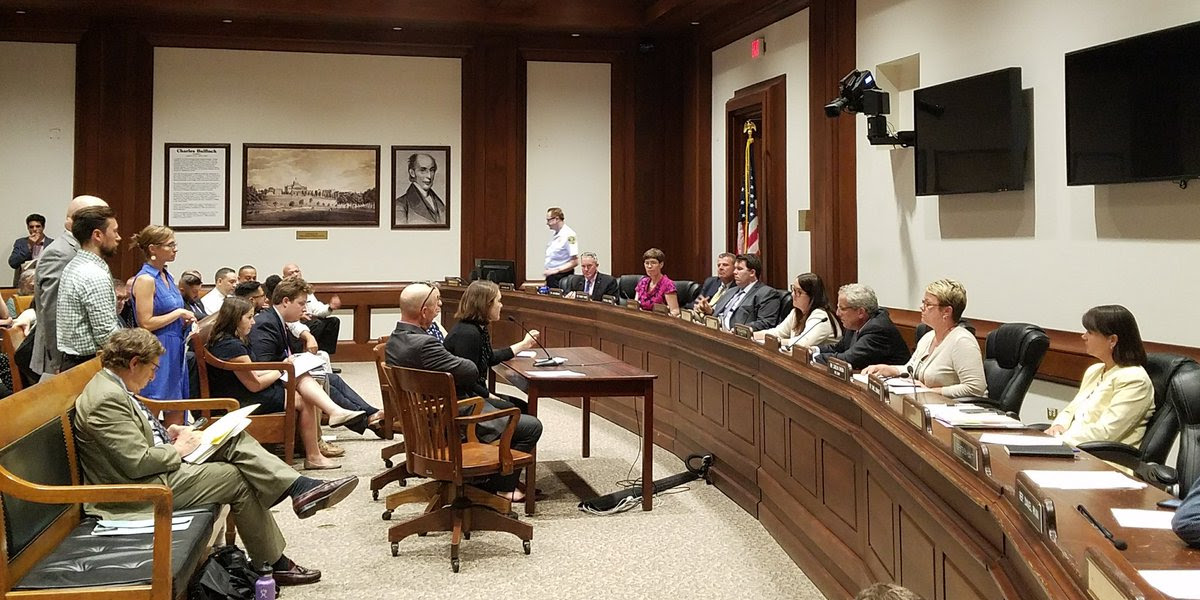 June 2017
Coalition members provide testimony to the Massachusetts Joint Committee on Transportation in support of the Omnibus Bill - An Act to Reduce Traffic Fatalities (S1905/H2877).

May 2017
The Coalition writes a letter to Boston Mayor Marty Walsh, responding to victim-blaming comments that he made during a live WGBH radio interview. Read the full letter here. 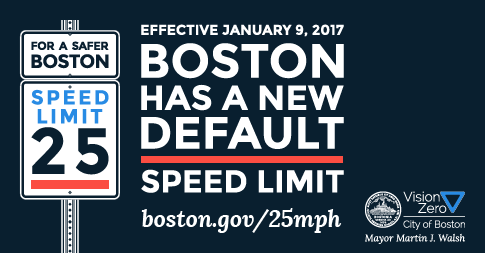 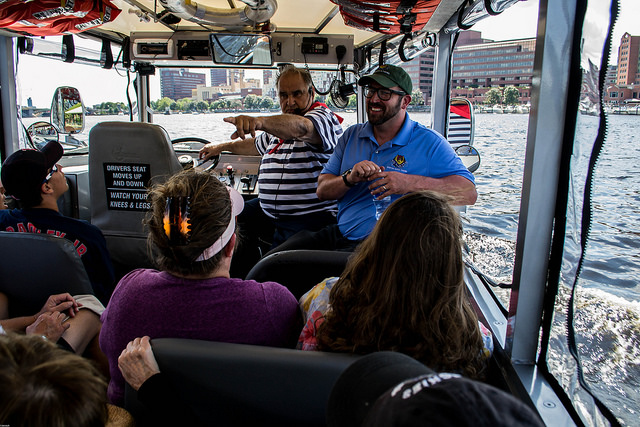 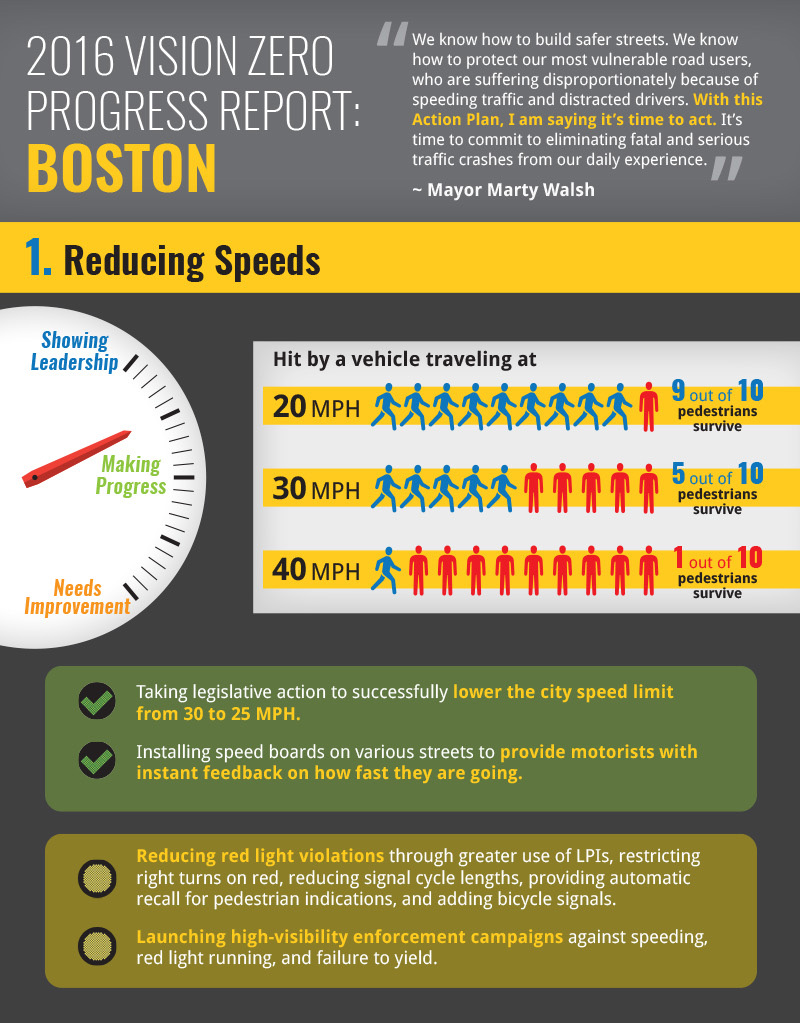 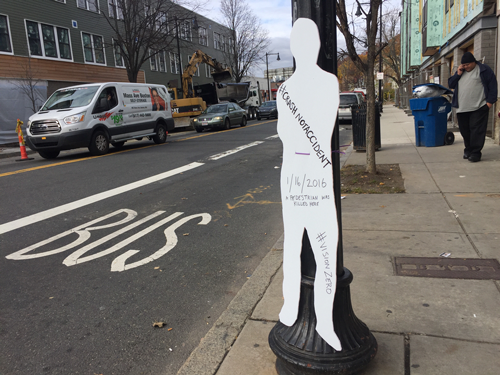 November 2016
For the second year, the Coalition organizes the World Day of Remembrance bike ride and vigil. Coalition members place cut-out silhouettes around the city to remember victims and bring attention to crash sites.

November 2016
Improvements to Mass Ave in Boston are implemented, including improved signal timing and intersections, and parking-protected bike lanes. 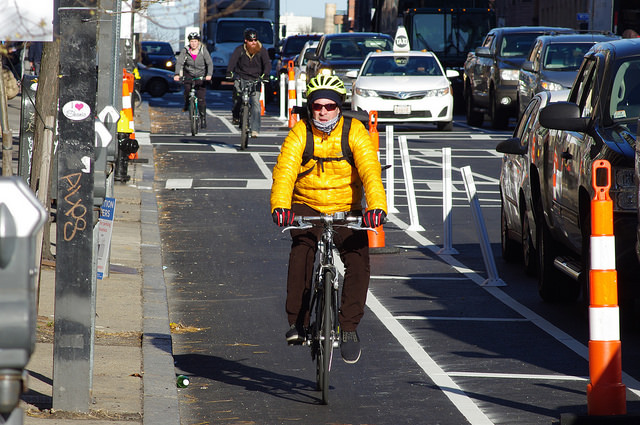 September 2016
The Coalition holds a "Streets Are for People Rally" at Boston City Hall, gathering advocates and friends and family members of traffic crash victims together to call on city leaders to prioritize safer options for people to walk, bike, and take transit. 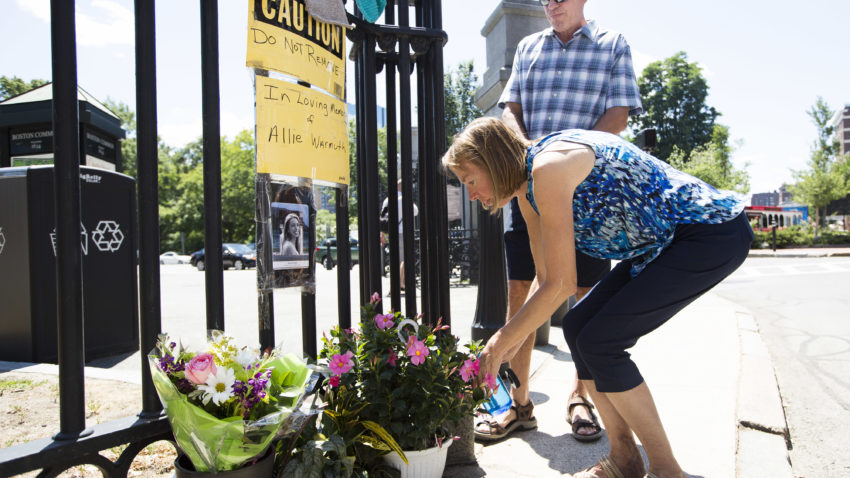 July 2016
After a young woman is killed by a Duck Boat while driving a motorbike in April 2016, the Coalition works with legislators and the victim's family to push for a bill requiring Duck Boat vehicles to be equipped with "blind spot cameras and proximity sensors."

June 2016
The MA Vision Zero Coalition gets more than 200 people out to a critical public meeting to support improvements for Mass Ave.

March 2016
The City of Cambridge commits to Vision Zero and adopts a Complete Streets policy. City leaders look to the Coalition for guidance while drafting their action plan. 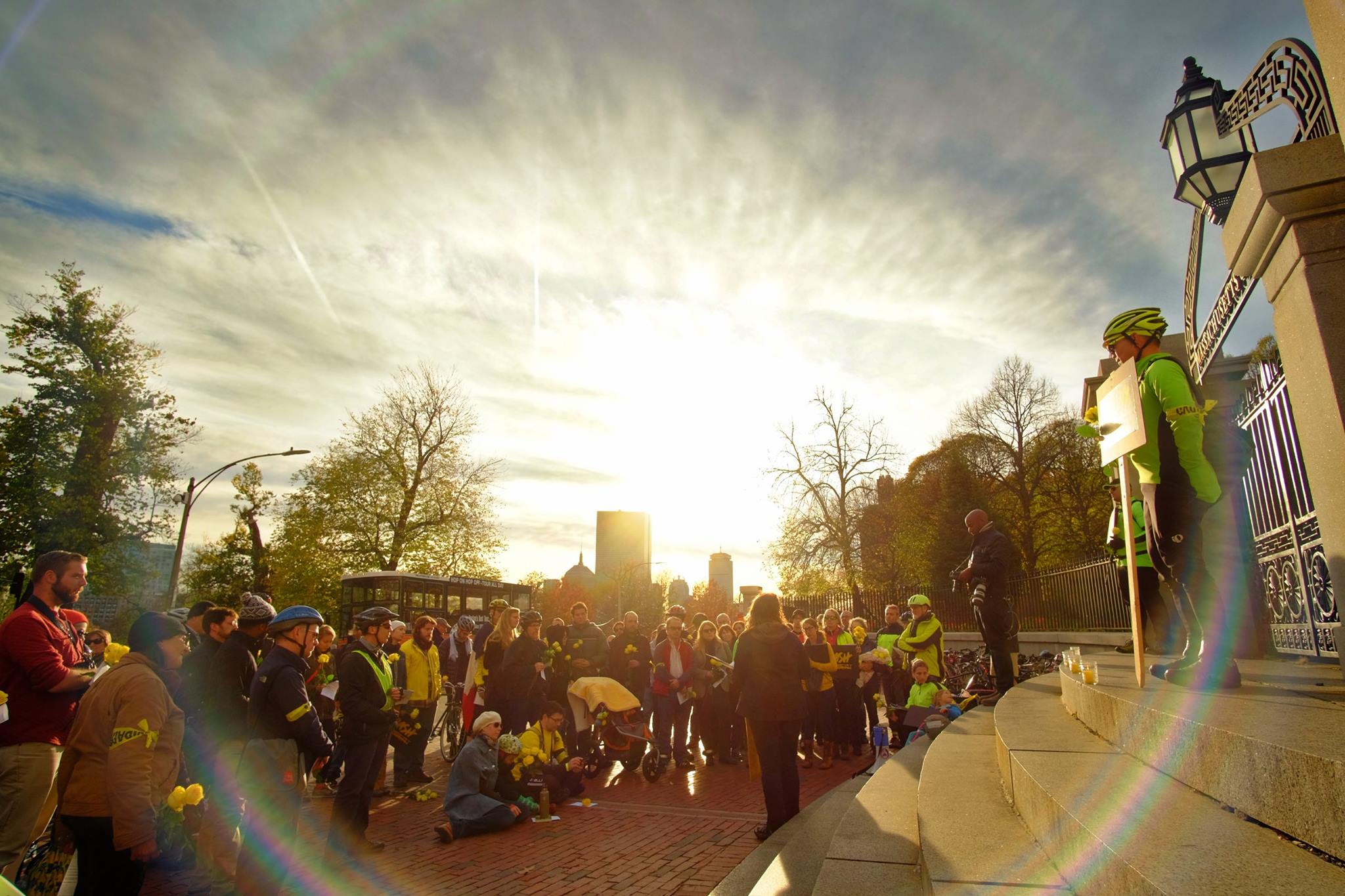 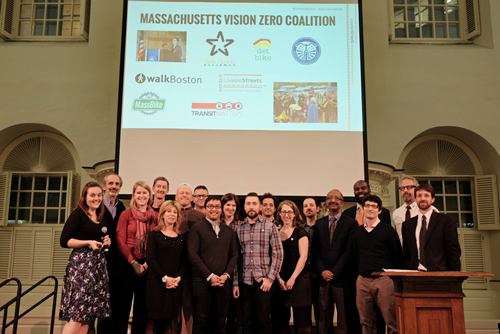 May 2015
The Vision Zero Boston Task Force is established. Led by BTD, the group immediately identifies priority issues and locations on which to focus the city's resources and attention. The Task Force also conducts crash site visits and makes recommendations for improvements. Several members of the Coalition sit on Boston's Task Force.

March 2015
Mayor Marty Walsh announces that the City of Boston is committed to Vision Zero, with the goal of eliminating fatal and serious traffic crashes by 2030.