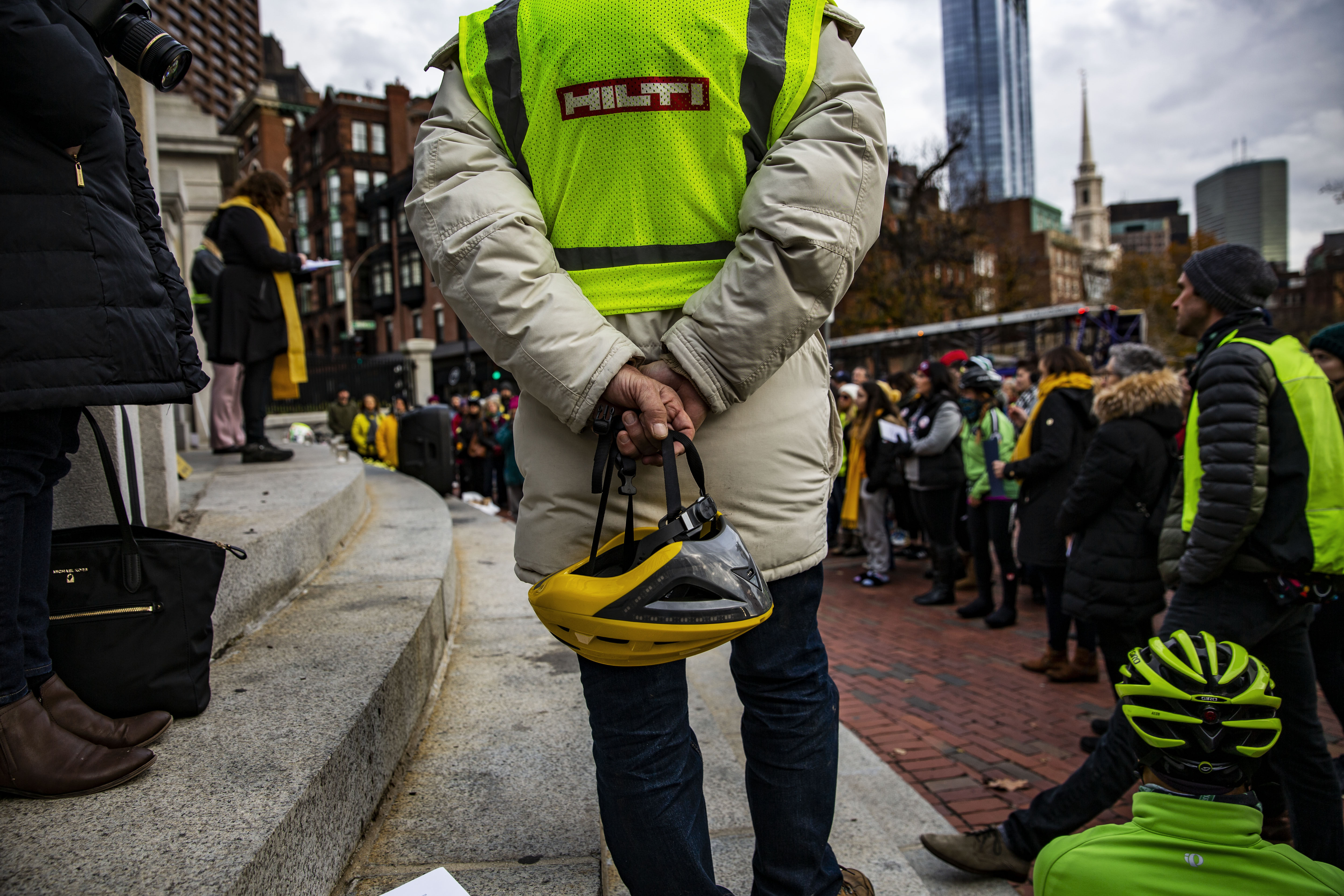 World Day of Remembrance is an annual international event during which we gather as a community to reflect upon those we've lost and commit ourselves to improving our roads. 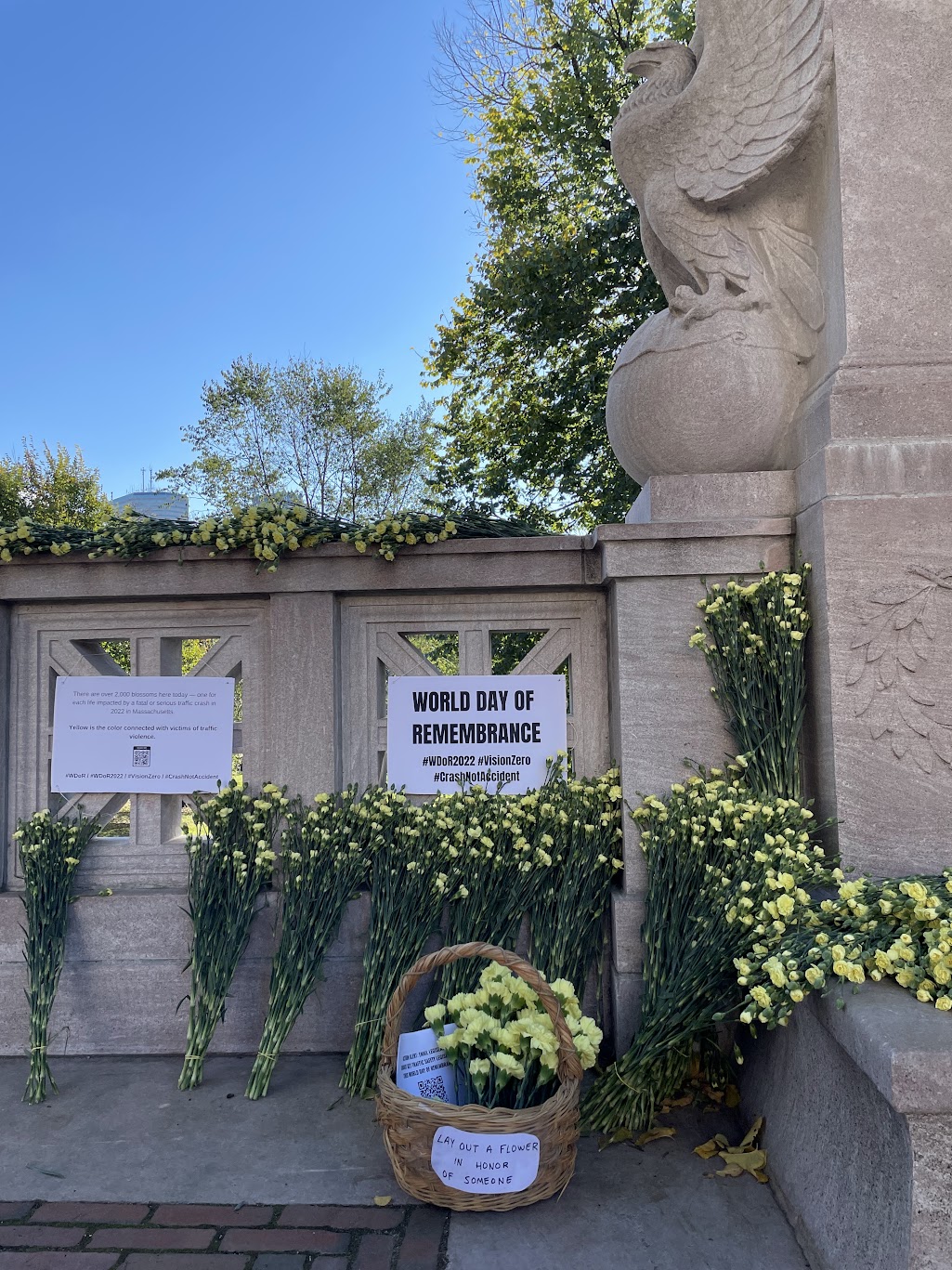 In 2022 so far, over 2,000 lives have been lost to, or seriously injured by, a traffic crash in Massachusetts — not including the countless friends, family, and loved ones impacted as well. On November 20th, the Massachusetts Vision Zero Coalition recognized each person impacted during this year’s World Day of Remembrance for victims of traffic crashes. The Vision Zero Coalition marked the occasion by laying down yellow flowers at the Massachusetts State House, one blossom for each person killed or seriously injured in a crash in 2022, and supported events across the state to remember those lost in traffic deaths.

Here are the list of other events that happened across the state:

Have you been impacted by traffic violence? View our resources, and hear other’s stories and consider sharing your own.