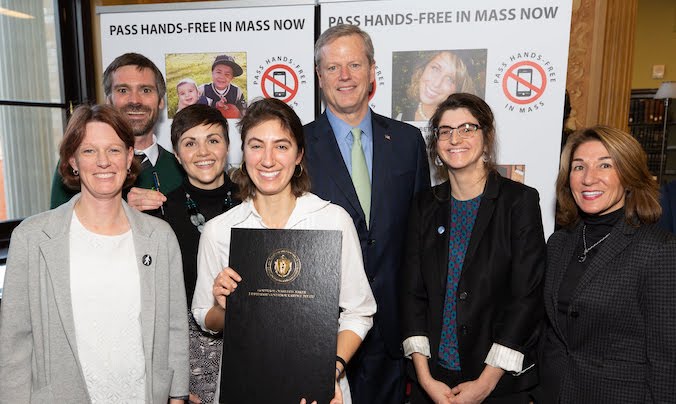 Hands-free win! On November 25, 2019, the Massachusetts House and Senate voted to approve the hands-free bill, and Vision Zero Coalition members joined Governor Baker at the signing ceremony. Governor Baker acknowledged the work of the Coalition and other stakeholders, saying, “We are especially grateful for the many advocates and families that passionately fought to bring this bill to fruition." (Full press release here)

Read more about these bills:

Boston.com | A bill to allow red light cameras is heading to the Mass. Senate floor. Here’s how the system would work.