On April 16th, 2016, Mr. Kim, owner of a local restaurant, was hit and killed while attempting to cross Bennington. Witnesses told police that Mr. Kim was crossing the street in a crosswalk against the signal. The Vision Zero Task Force visited the crash location on April 20th to make recommendations for any short and long term changes to the area that could improve safety.

Improvements Completed
As of additional observation on 6/9, concurrent signal phase had been added, giving people extended time to cross over Bennington. Striping had been added to extend the curb at corner in front of Orient Heights restaurant, but no flex posts have been added. Vehicles continue to turn through the painted area, which defeats the purpose: to create a slower and predictable right turn movement. 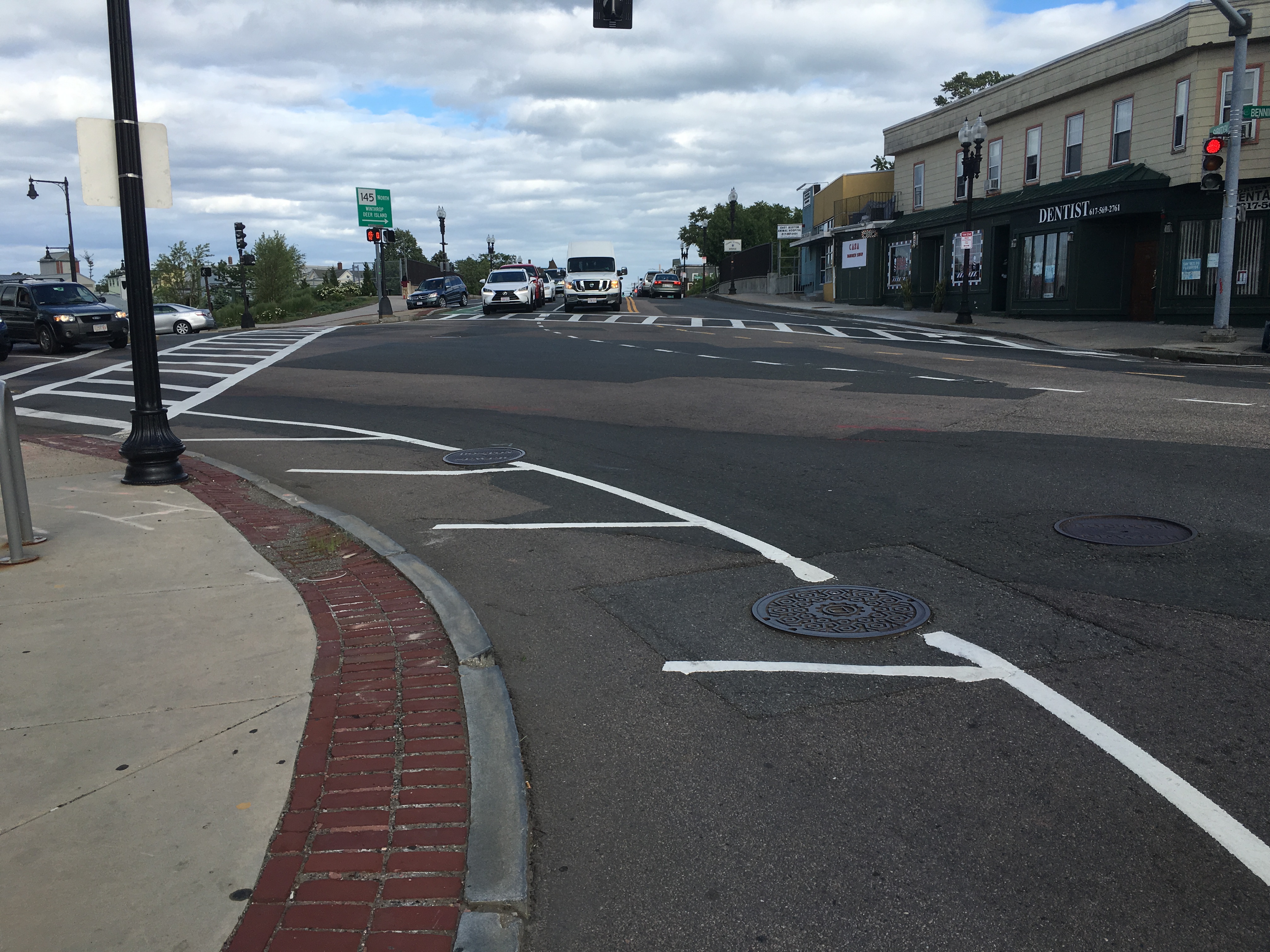 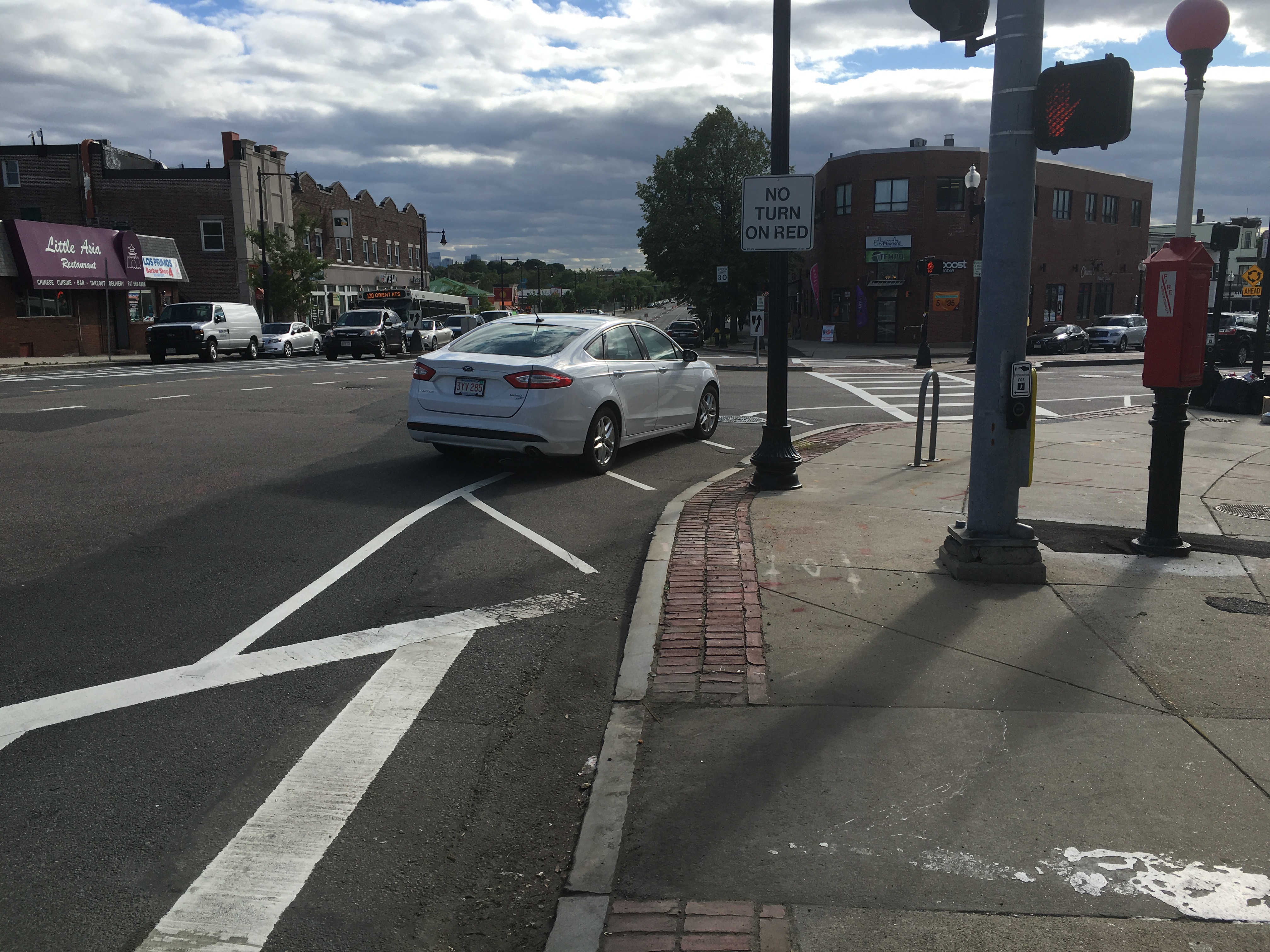 Please send us photos/comments when you see changes so this page remains accurate.